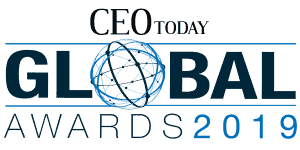 While providing technical support to approximately one thousand students with their creative projects in 2018, improving H&S and established the University of East London (UEL) Digital Fabrication Lab (DFUEL) training centre within ACE Architecture, Computing, Engineering and the ARTS, with trusted partners including Autodesk Design Academy. lower birth rate and consequential cutbacks saw 15 technical staff reduced to two, the other an ex student working on his own project. 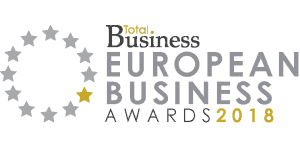 2021 the launch of the University of Trinidad and Tobago (UTT) TTAP Factory (Tamana Technology & Animation Production Factory), The most advanced blended education and commercial facility in animation in the Caribbean and Central American region. Requested to 3D printed the presentation model of the founder of UTT Professor Kenneth S. Julien.

An outsourcing centre for audio-visual, and digital services for the entertainment and ICT sectors, Providing employment to graduates of BFA in Digital Media Arts and promoting economic growth for SME businesses, with support from the Inter-American Development Bank.

Met the first person with Autism to be allowed to enter a degree level program solely based on talent and ability, who went on to graduate.

Commissioned by Peter Taylor MBE the director of training at The Worshipful Company of GOLDSMITHS', two papers one on CAD terminology and the other a Software Matrix which where combined and published as a industry white paper in 2005 reference text book held in university libraries around the World, and cited by the World Gold Council. (Global Industry and education)

Designed to demystify the technical terminology associated with physics and engineering in the 3D industry, for when meeting the salesperson. the jewellery industry was an early adopter of aesthetic digital design, precision engineering and AM Additive manufacturing (3D printing), termed as disruptive technology which helped quietly revolutionise the industry, following the publication The GOLDSMITHS' Centre link was established."

The Worshipful Company of Goldsmiths', commonly known as The GOLDSMITHS' Company, are one of the Twelve Great Livery Companies founders of the City of London, which received its first Royal Charter in 1327 giving it the authority to uphold the Silver and Gold standards.

The statutory function of the Company continues as consumer protection through the operations of The Goldsmiths' Company Assay Office. All items sold within the UK with elements of gold, silver, platinum or palladium are legally required to be tested by an assay office laboratory and hallmarked, Other responsibilities of Assay Office London include the annual examination of coins manufactured by the Royal Mint, and hold the Chancellor to account described as the trial of the Pyx.

The first UK assay office was Goldsmiths' Hall, founded around 1327, and where the term "hallmarking" originates, meaning "marked in Goldsmiths' Hall". Assay offices are institutions set up to assay (test the purity of) precious metals. This is often done to protect consumers from buying fake items.

The GOLDSMITHS' Centre, the UK's leading charity for the professional training of Goldsmiths, offering Silversmithing and jewellery courses in London.

Was sent into Edmonton as the Design technology technician, the area of London where Sir John Ives KBE HonFREng RDI head of design behind the success of Apple inc. was raised, demoing technology, servicing devices, a room full of School Children say "Sir your SICK", in appreciation. giving children caught in position of illegal drugs the opportunity to take their practical exams.

First time public speaking was at Church in Tottenham London asked to give a sermon on the importance of Family, they where unaware of my Dyslexia the daunting task reading in public is for someone with Dyslexia. The support from the Church's congregation (packed house) helped break the fear of public speaking.

Attended the Bloomfield learning centre link at Guy's Hospital to receive learning support for Dyslexia (English language and mathematics), linked to Dyspraxia also known as developmental co-ordination disorder (DCD), Opened in 1973 the Bloomfield clinic, was the first purpose built centre in the World for child development.

Located next to one of the first HIV/Aids clinics in the UK at a time it was classed as a Plague, and IRA campaigns, Undertook early hearing tests to establish the link between the sound of the spoken word and establishing its correct spelling. The Education system is developed through studies similar to these.

Attended the Worst Performing Secondary School in London, which today is one of the most sort after flagship Academies, the only pupil to pass all chosen GCSE subjects, and onto Sixthform on the North Peckham estate.

The Principle of Bloomfields explained their wasnt the understanding and teaching tools back then, as we have today including phonics.

Individuals learn in diffrent ways, and are ready to learn at diffrent times in life, school is sometimes not the right time, and those people are often drawn back to education later in life for the things that are of interesting to them, and to increase earning potentual.